We watched Skyfall last night and I did not like it.
It was slow moving and the action scenes were even not that great.
The best of the Daniel Craig Bond flick is Casino Royale imo.

Loved Skyfall and Olympus has fallen was good, (except some glaring errors)
BTW did you get the Idaho joke in Skyfall ?? the theater just cracked up when I saw it

No I must've missed it. I was tired and dozed a couple of times.

Perks of Being a Wallflower.

"We accept the love we think we deserve."
I knew this girl made of memories and phrases, who lived her whole life in both chapters and stages.
Danced 'til the dawn, wished all her worries away. 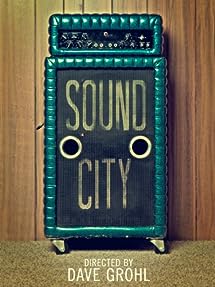 Dave Grohl (Nirvana, Foo Fighters) directed this love letter to the now defunct Sound City recording studio in Van Nuys, CA as well as the records that were made there (including everything from Rumours to Nevermind as well as Rick Springfield's Working Class Dog). It also stands as a testament to the power of the human element in music regarding using tape and not resorting to Pro Tools or AutoTune in the studio. These factors also figured very prominently in Grohl's keynote address at SXSW in Austin back in March.