How many parrotheads own their own sail or power boats? any pic's I do not own one, to much maintenance. but i have been known to free ride with beer or wine.
"Life is just a tire swing" for Sophie

I have a old, beat up 20' pontoon boat, affectionately and appropriately named "Sea Hag".

I've got a power boat, it's a Four Winns 248 Vista. We named it Four Play since there are 4 of us and we like to play. It's set up like a cabin cruiser and we sleep on it quite a bit. The cool thing is it's easily trailerable so I can take it to Buffett concerts if I want - not that I would ever do that of course!

our flotilla consists of a:

How could I forget about the jet skis? I've got 4 standups (2 running and 2 waiting for the kids to get a little older).

I have a 44' Sea Ray Aft Cabin Motoryacht, at the Marriott Marina in downtown San Diego.

The boat is named "Lahaina", which is my other home in Maui.

22 years of Buffett with 131 shows and counting!
Top

We owned this 3-mast schooner for 2 hrs one sat. morning 3 yrs ago in Key West. We waited for the scheduled time and the crew to get ready and when he said are ya''ll ready to go sailing, we were the only people on dock, wife and 2 daughters, buffett on the cd player and the whole ocean ahead of us, well at least 2 hrs of it, it was great

always look'n for the next adventure
Top

My significant other and I have a 17' Avanti ski boat to float atop Lake Guntersville!!!! It is for sale if anyone in the Huntsville, Alabama area is looking for a good boat for the family!

"Always keep the places you love in your heart and you will never be too far away."
Top

This is my dad's newest boat....I am still looking for a pic of our boat...
Eat seafood? Use bait? Thank a commercial fisherman.

"Miami has the Dolphins, the greatest football team..."

Q:"What is with this Parrothead phenomenon"?

PARROT HEAD MIKE
License to Chill
Posts: 1454
Joined: August 11, 2002 9:14 am
Favorite Buffett Song: Impossible to pick just 1 Wonder Why We Ever Go Home or Beloxi
Number of Concerts: 35
Favorite Boat Drink: Anything at Louie's
Location: Somewhere between the sun and the moon, (Boston/Key West)

I am currently hunting for a new one right now. I have a Four Winns 245 Sundowner named "TROPICAL ITCH" Last year I sold my Wellcraft 2000SC "ISLAND TIME"
“Genuine adventure isn't available mail order. It isn't delivered to your door like pizza. You have to apply imagination and actively seek the extraordinary if you want great barroom stories…”
~ Kansas Stamps
Top

Hubby and I have a 31 ft. Aquasport Sportfish (Express) with a tuna tower with twin inboards named "Time Out", an 18 ft. Scout center console with a really nice Yamaha 4 stroke 115 hp motor ("Time Out Two"), a 12 ft. Jonboat with a really old Suzuki outboard, and a crappy old dinghy. He who dies with the most toys.....

I am umbilically connected to the temperate zone....

I sold my 32' O'Day sailboat last year and I am trying to talk the wife into another sailboat now.

Some times I feel like a propeller, spin, spin outtta control. I don't who is up on the throttle, boy I wish they would let it go....
Top

Now this, is one classy gal 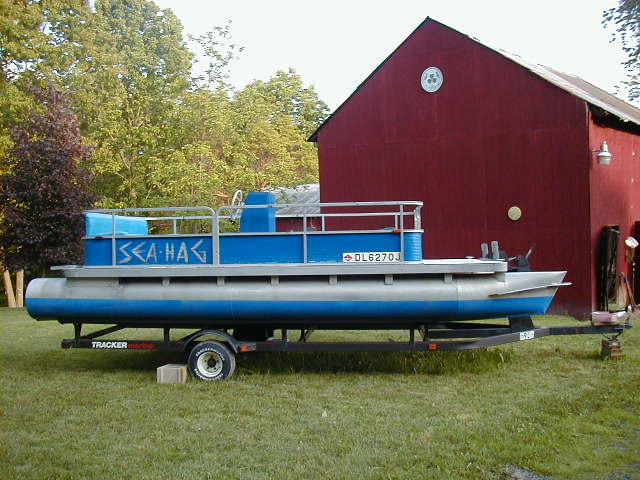 All of you are making me sooooo jealous! A friend of mine; however, always asks (even the grocery store checkout person) if anyone would help in either painting or sanding or scrubbing - don't mind at times b/c no one ever gets a free ride-even in life.

Owning a boat scares me!

He just bought a new sail for his boat for (you don't want to know).

kurt wrote:All of you are making me sooooo jealous!

I'm jealous too! We do have a two person rubber raft that we take out on our pond...the kids have affectionately named it "The Rubber Dingy"!

Someday I will....
Not to be able to grow old is just as ridiculous as to be unable to outgrow childhood.
C Jung

Evidently, Dr. Jung never foresaw me or my phriends

The boat is named "Lahaina", which is my other home in Maui.

Buffett tunes blast from the stereos each weekend.

Are you looking for anyone to watch either the house in Hawaii or San Diego, or even the boat for that matter. Im free!
Parrotheadmike
"Lately, newspaper mentioned cheap airfare, I've got to fly to St. Somewhere"
Top

son of a beach
We are the People our Parents Warned us
Posts: 379
Joined: April 24, 2002 8:00 pm
Number of Concerts: 0
Location: Green Cove Springs, Floriduh
Contact:
Contact son of a beach
Website

uh....does a kayak count?
Ever since using them on vacation in the Keys last year I fell in love with them.
I bought one a few months ago and got my moneys worth quick.
Already been in quite a few spots regular boats can't go.
Luckily my best friend just bought one so we can cruise/fish together.
Very peaceful

We call ourselves the "Yak Pack" double meaning ya know.
"it's crazy and it's different but it's really bein' free"