(I should have added the Ravens, to the title, maybe, probably, definitely.)

Their are six people, I care only what they think, and at this point, I don't. I am doing my own thing, and we will not even get into what is going on with "MY" page, for now.

"The more things change, the more they stay the same."

There was this music group, they sang,

I grew up in the world in which that is, was all I know. We played for our school. Elementary, then high school, college, etc.

And now it is whichever color "flies higher."

Now I am living in a world by another songwriter who sang,

Now, don't get me wrong, "I enjoy this life as a jester", but I would like to find someone who wants to be as crazy as I have become and wants to be as equally set in their ways.

I spend all my free time making my "stuff". Ninety-five percent of my stuff is custom, clothes, shoes, sunglasses, hats. I have made more Ravens logos than I can count, more baseball cards, more Notorious D.I.G., Mustangs that is up in the air, Huskies, I'm only getting one season there, who the hell knows what I will be next year. Ravens, Owls, Eagles, Falcons, God willing I won't be a Hawk.

So, God willing, we do not lose another football season. If not for one of our GREAT coaches, we had a season, albeit flag, for the boys last year. Now it's time for the dads to sit down and let the young men actually learn something, so hopefully the Huskies season isn't taken from them.

The MC Mustangs, had a good enough showing in the summer, the coaches decided to play a fall season. Ryanne kicked some serious butt and impressed.

The Notorious DIG, our players are breaking away, and creating a new team, KC Storm. I hate it when people add KC something, and Storm, we have kicked every Storm teams a

ess. Whatever I know the core members of the team

I only thought Bub was going to fill in, for the Hornets. He did twice and it was and was lured by the vibe of the team. I can't blame him for one second. Those ballplayers were into it from beginning to end. The Ravens do not have that mentality. He has to be thinking about getting some exposure beyond this season and into high school. He can be recruited, he is that damn good.

So, this fall season it will be the PRT Huskies, KC Storm, volleyball, BTL Hornets, baseball, and MC Mustangs, softball. And I have a message into the coach of the Ravens to continue shooting the rest of the guys that I have put so much time and effort into.

I am sitting here going through pictures, and I have been trying to consolidate all my sports pictures to one folder, and I have my music on random and "The Dance" by Garth Brooks comes on, and I am not an emotional guy, even if I put my emotions to everything I do and that song hits hard as I am doing this and I have a picture of two of my guys that I shot my first season of baseball and they won't play the next season together.

Here they are two guys that did not know a thing a baseball when they started and now they are the top 2% of baseball players in Kansas and Missouri. And now they will be on different teams. Almost 10 years of baseball together, if anything is going to be emotional for me, this is it. 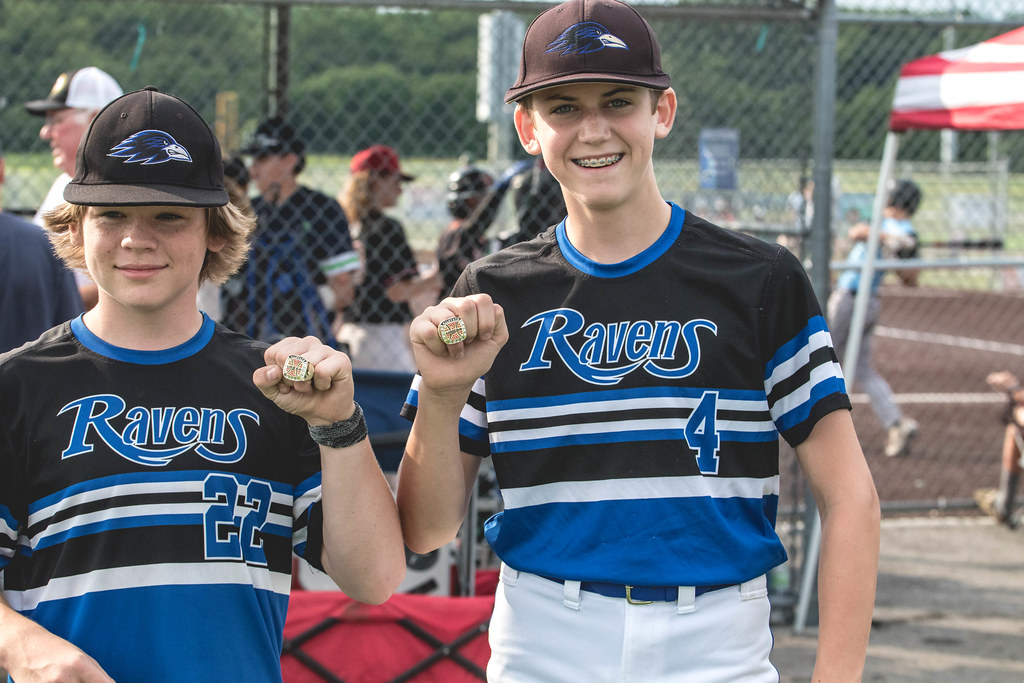 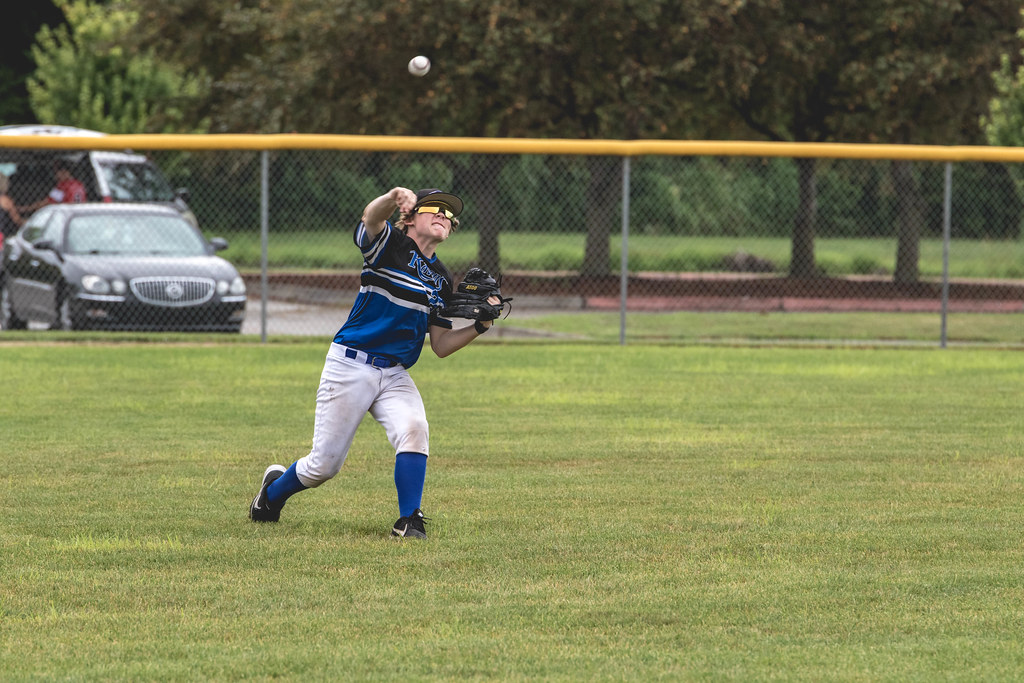 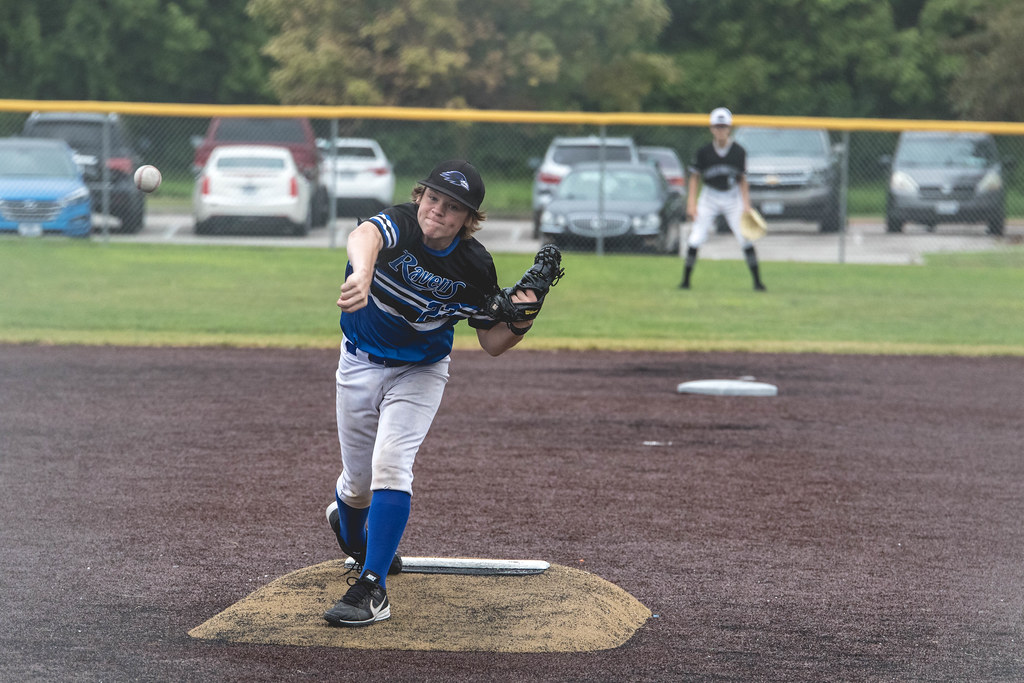 I'm running pictures through photoshop so I can upload them, thank goodness for shooting RAW, it fixes almost all of my mistakes. I have time to go back and read the last updates, but I don't even know what I rant about before, now, or later.

Bub's to useful anywhere, so he hasn't been catching, but if you don't have a steady hand behind the plate everything falls apart. They are going to have to realize that sooner or later, I'm just a cameraman and I know how things are falling apart without that. He is amazing at every position he plays. He's amazing at everything.

He was goofing off and flirting with a girl in class, that earned him an in school suspension. The week before the first game, not to mention that head football coach, no more daddy ball, a full blown football coach realized what kind of talent, he had made Bub the captain of the defense. He told Bub, she's a snowflake, he wasn't worried about teenagers being teenagers. He went out there and ran his defense, in the second game of the season, he allowed no touchdowns. He is amazing.

Ryanne's softball team is tied for first, It is brutal, lots and lots of walks. Lots and lots of steals. I love shooting them, we have one girl who is almost neck and neck with me and another girl who is just the tiniest little thing you have ever seen I have a great picture of them. It is as much fun to watch them as brutal as it to watch them. Ryanne is playing leftfield and third, she mad e a throw from left to home. They had the girl thrown out but she knocked the ball loose. The coach told her, "I am going to go to sleep tonight thinking about that throw." It was awesome! In between games she decided she wanted to pitch, so one of the coaches practiced with her. She'll do it at a practice then at a game!

They volleyball team is the best part of my weekend! They are 12-0 and dominating, the last weekend of the season they will face another team that is undefeated. I cannot wait! It's going to be a madhouse. I'll get some new fantastic pictures uploaded when they get done running through photoshop.

Bub had his second homerun with the Hornets. I've shot more of his homeruns then anyone, now. I do not know what the Dickey/Johnson DNA created but it is out of this world.